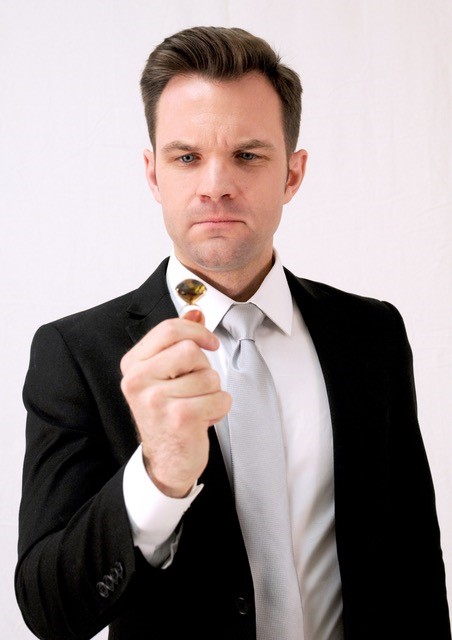 The libretto by Jacopo Ferretti, departs somewhat from the familiar fairy tale. To begin with, there’s no fairy godmother and no mean stepmother. The cruel parent here is the stepfather, Don Magnifico, who is assisted in his mistreatment of poor Cinderella by his equally unpleasant daughters Clorinda and Thisbe. The prince’s name is Ramiro and he actually meets Cinderella before the ball while he is in disguise, pretending to be his own valet. He is also a more complex character than in the old folk tale. What’s more, director Cynthia Stokes has transposed the story to a 1950s setting inspired by the movie “Roman Holiday” which starred Audrey Hepburn as a princess who escapes from her entourage in Rome and meets and falls in love with an ordinary guy played by Gregory Peck.  To echo the movie, Stokes has included a scene with the ubiquitous paparazzi trying to get a photo of the lovers, and there will even be a Vespa on stage, she said. That’s the light Italian motorcycle that was prominently featured in the film.

Though the message of the story remains the same – the triumph of goodness over evil – Stokes emphasized that there’s more character development in this version, and a lot of comedy, complete with disguises and mistaken identities. At the end, Cinderella pleads with the prince to forgive her stepfather and sisters, and the entire family takes part in the wedding. Stokes liked the clear implication: family members may be flawed but they are family, and families stick together.

Portraying Cinderella is mezzo-soprano Julia DiFiore, a Vanderbilt University voice graduate who currently sings with a number of Austin groups, including the Ars Longa Ensemble. (Her last name translates to “of the flower.” How operatic is that!?). Her prince, tenor Steven Brennfleck, made his debut at Carnegie Hall in 2012, garnering great reviews. The New York Times described him as “superb and dramatically astute.” Brennfleck also appeared in the Alamo City Opera’s “Dido and Aeneas” in 2015, when the company’s name was still Opera Piccola. Both vocalists are good looking, too, which doesn’t hurt when you are playing young lovers in a fairy-tale-inspired opera. And here’s a bonus: fans of baritone Timothy Jones will be pleased to know that he will portray Alidoro, a teacher/philosopher who kind of fills the role of the absent fairy godmother.

With a sparkling score, humor, and great voices, this is the perfect family opera. Performances will take place this Saturday and Sunday at the Carver Community Cultural Center, which, by the way, is one of the most comfortable performing arts theaters in the city. What’s more, ticket prices are very reasonable for a fully staged opera, ranging from $15 to $60. (Ticketmaster and Carver’s box office, 226 N. Hackberry, 207-2234).