“Ballet Alive,” “Colores” and “Cinderella” – Stages are Alive with Dance and Music 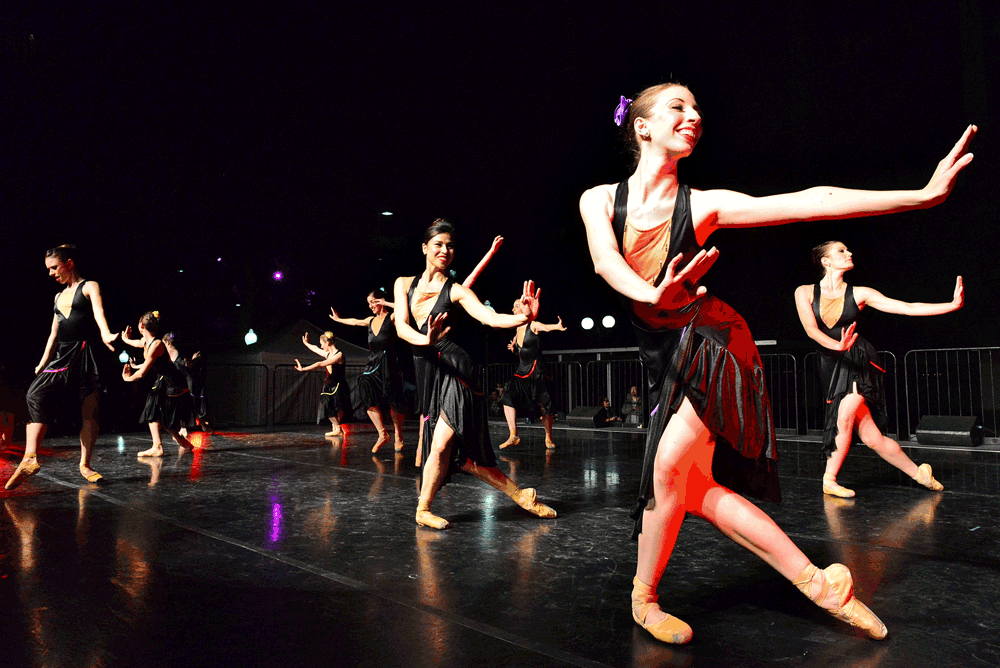 Ballet San Antonio (BSA) closes its 2015-16 season this weekend with “Ballet Alive,” a showcase of mostly contemporary works, some of them created in the past few years. It’s a great opportunity to see a range of styles and the first chance to get acquainted with the choreography of BSA’s new artistic director Willy Shives. The show will run April 8-10 at the Tobin Center for the Performing Arts.

A native Texan, Shives came to San Antonio last fall from Chicago where he had spent 16 years with the world-famous Joffrey Ballet, first as a dancer and later as ballet master and community engagement coordinator. He has previous ties to the Alamo City, however. In a recent interview, he fondly recalled traveling from Edinburg in the Valley to San Antonio to take ballet classes with Vladimir Marek and driving back the same day. Marek ran a school and company here in the 1970s and ‘80s. Shives later taught at Joffrey Texas, a locally-based summer Intensive program, directed for years by Buddy and Susan Trevino.

The plans for the current BSA season were already in place when he arrived, so he did his best to help the company fulfill its promises to the community, but “Ballet Alive” has given Shives the chance to shape a program from scratch. And it looks very promising.

The oldest piece to grace the Tobin stage this weekend, “Tribute,” dates back to 1961 when it was created by legendary dancer Frederick Franklin for the Ballet Russe de Monte Carlo. Shives appeared in it in 1985. Set to the music of Cesar Frank, the neo-classical ballet will be performed by three couples: Sally Turkel and Marco; Sophie Bartolini and John Frazer; and Heather Neff and Christopher McDaniel. Two numbers,“Solace” and “A Tropical Fiesta,” are Shives’ own brainchildren, the first a romantic pas de deux and the second… well, the title gives you a hint. Shives said he grew up dancing folklorico and flamenco, and he just loved doing this piece that will close the show in high spirits.

Also on the program: a 1970 work by the Joffrey’s co-founder and longtime artistic director Gerald Arpino titled “Confetti,” which Shives described as “a fast-paced festive tarantella”; and a recent piece by former Houston Ballet principal Dominic Walsh, “The Whistling” which explores a different movement vocabulary, more akin to modern dance than ballet.

Alive, indeed! I can’t wait to see the show. (www.tobincenter.org; www.balletsanantonio.org)If you are a flamenco fan, you are in luck, too. Dancer/artistic-director/producer Tamara Adira and her Arte y Pasion group are premiering “Colores,” at the Carver Community Cultural Center Saturday and Sunday. “Colores” is an interdisciplinary production showcasing and juxtaposing flamenco and modern dance against a background of visual art. You can think of the dances as paintings in motions. Adira has assembled an impressive group of collaborators, including flamenco dancers Melissa Cruz and Illeana Gomez; modern dancers Rochelle Banuet and Stephan Gaeth; and singers Jose Cortez and Chayito Champion. Five instrumentalists will add their “colors” to the lively mix: guitarists Alejandro Pais, Luisma Ramos and Cirilo Muniz, as well as violinist Darian Thomas and cellist Luke Bonecutter. The Carver is an excellent venue for smaller ensembles and Adira has never shied away from exploring new territory, so the show should be both visually and intellectually stimulating. (www.arte-y-pasion.com; www.thecarver.org)

And guess who else will be dancing this week? Cinderella! The Tony-winning Broadway version of Rodgers and Hammerstein’s “Cinderella” is coming to the Majestic Theater April 5-10. This Cinderella may surprise you a bit, however. No longer a meek, abused stepdaughter, she is “a contemporary figure,” says the press release, a spirited and savvy soul “who doesn’t let her rags or her gowns trip her up in her quest for kindness, compassion and forgiveness.” And she longs “to make the world a better place.”  Well, good for her, but does her coach still turn into a pumpkin at midnight? You’ll have to check this out for yourself.

There’s more. The Fairy Godmother has become a nonprofit executive who heads the Fairy Godmother Project. (OK, I am kidding!) The latter is not part of the show but an initiative to collect donations of prom dresses for teens who would love to be princesses but don’t have a benevolent fairy to provide the attire. It’s a good thing. Donations will be accepted until April 10 at the Majestic Box Office and at Lifeway Christian Book Store at the Rim. For more information visit the Fairy Godmother Project San Antonio on Facebook – and dry clean that prom dress sitting in your daughter’s closet! (For tickets to the show go to www.BroadwayinSanAntonio.com or the Majestic box office)