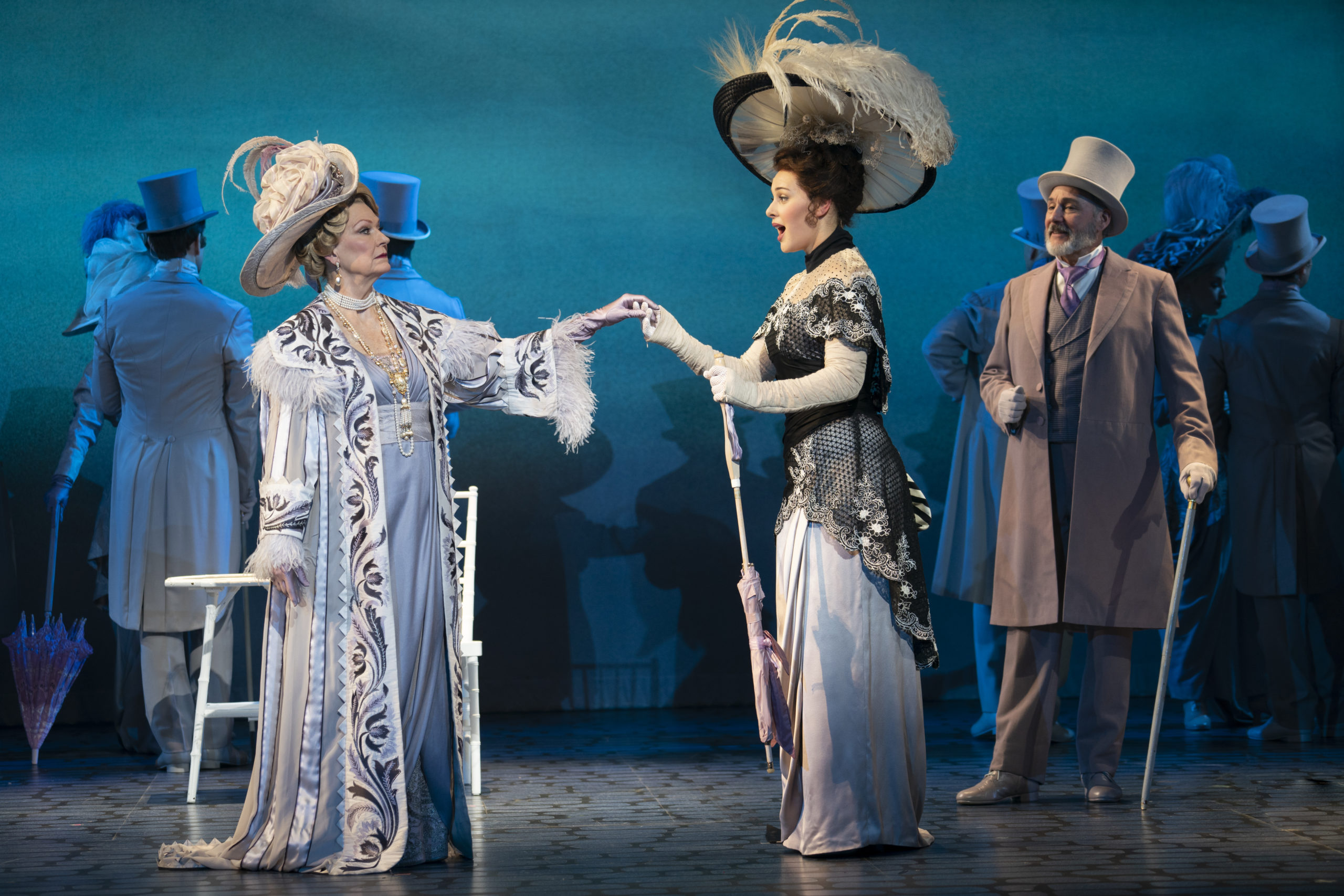 MY FAIR LADY performance times are 7:30 p.m., Tuesday through Thursday; 8 p.m. on Friday; 2 and 8 p.m., Saturday and at 2 and 7:30 p.m. on Sunday. For venue information, visit www.MajesticEmpire.com. For information on Broadway in San Antonio, please visit www.BroadwayInSanAntonio.com.

Welcoming audiences, artists, staff, cast and crew back to the Majestic Theatre at full capacity safely and responsibly remains Broadway in San Antonio’s top priority. Masks will be required while in the theatre for this performance. Health and safety protocols are subject to change and will be clearly communicated to ticket holders in advance of each performance. For current protocols, please visit https://www.majesticempire.com/info/health-and-safety-protocols.

Adapted from George Bernard Shaw’s play and Gabriel Pascal’s motion picture Pygmalion, MY FAIR LADY, with a book and lyrics by Alan Jay Lerner and music by Frederick Loewe, premiered on Broadway on March 15, 1956. The legendary original production won 6 Tony Awards including Best Musical and ran for 2,717 performances making it, at the time, the longest-running musical in Broadway history.

Boasting a score that contains such now-classic songs as “I Could Have Danced All Night,” “Get Me to the Church on Time,” “Wouldn’t It Be Loverly,” “On the Street Where You Live,” “The Rain in Spain,” and “I’ve Grown Accustomed to Her Face,” Lincoln Center Theater’s production of MY FAIR LADY was hailed by The New York Times as “Thrilling, glorious and better than it ever was. A marvelous and transformative revival.” New York Magazine described it as ‘Enthralling,” adding that “Bartlett Sher’s glowing revival proves that a beloved musical from another era can keep on kicking.” And Entertainment Weekly raved “A sumptuous new revival of the most perfect musical of all time. A masterful piece of entertainment.”

The North American tour of Lincoln Center Theater’s production of Lerner & Loewe’s MY FAIR LADY features choreography by Christopher Gattelli, and has sets by Michael Yeargan, costumes by Catherine Zuber, lighting by Donald Holder and sound by Marc Salzberg. Music Supervision is by Ted Sperling, featuring MY FAIR LADY’s original musical arrangements by Robert Russell Bennett and Phil Lang, and dance arrangements by Trude Rittmann. Tour Orchestrations are by Josh Clayton and music direction is by John Bell. It is produced by Nederlander Presentations, Inc.

About Majestic Theatre
The Historic Majestic Theatre is located at 224 E. Houston Street in the heart of downtown San Antonio, Texas. Built in 1929 by John Eberson for Interstate Theatres, the Majestic was intended to be the most modern building in South Texas and was the first in the state to be totally air-conditioned. The Majestic remains one of the finest examples of atmospheric theatres ever built, receiving National Historic Landmark status in 1993. The Majestic Theatre is home to the Broadway in San Antonio series, along with a variety of live entertainment experiences.

Ambassador Theatre Group
Founded in 1992, Ambassador Theatre Group (ATG) is the world’s number one live theater company with the vision of helping great shows to find the largest audiences. ATG operates over 50 venues in Britain, North America and Germany. It is an internationally recognized award-winning theater producer with productions in the West End and on Broadway and touring productions in the U.K., North America, Europe, Australia and Asia. ATG is also the market leader in theater ticketing services through ATG Tickets, LOVETheatre and Group Line. www.atg.co.uk/

Broadway Across America (BAA) is part of the John Gore Organization family of companies, which includes Broadway.com, The Broadway Channel, BroadwayBox.com and Group Sales Box Office. Led by 14-time Tony-winning theatre producer John Gore (Owner & CEO), BAA is the foremost presenter of first-class touring productions in North America, operating in 45 markets with over 400,000 subscribers. Presentations include Disney’s The Lion King, Wicked, The Book of Mormon, The Phantom of the Opera and Hamilton. Current and past productions include Ain’t Too Proud, Beautiful, Cats, Chicago, Dear Evan Hansen, Mean Girls, Moulin Rouge! and To Kill A Mockingbird.