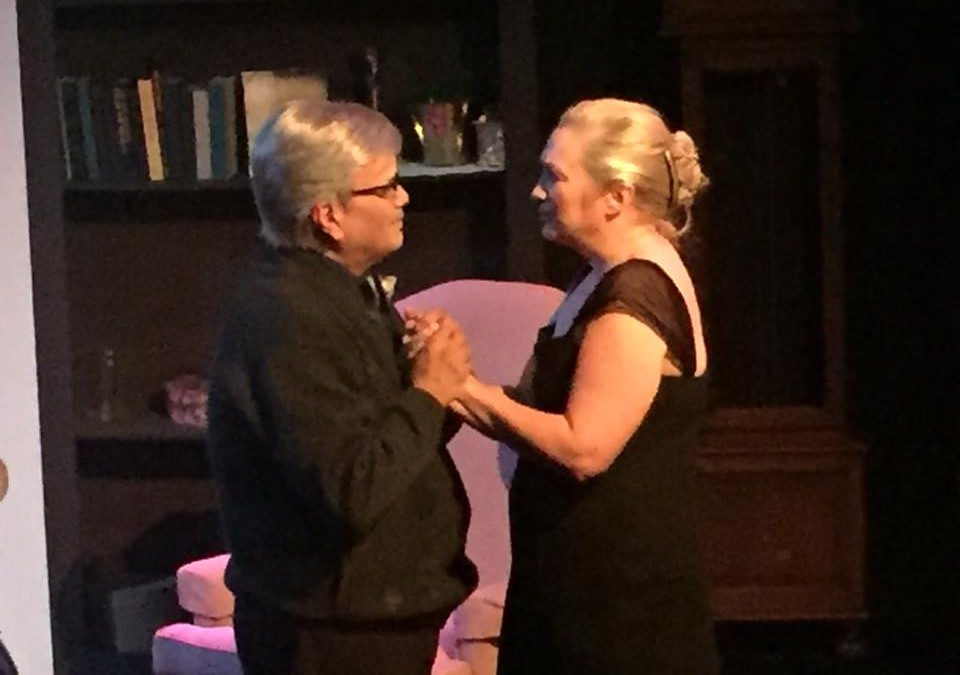 Twenty years ago, playwright and composer Bernard Taylor witnessed the interaction between a doctor and his ailing wife who was in an advanced stage of early-onset Alzheimer’s disease. He never forgot the encounter.

A few months ago Taylor decided to incorporate what he had seen in his new play, The Last Waltz, which took him only two weeks to write.  Under the direction of Nicole Erwin, the work is currently receiving its world premiere at the Overtime Theater, and, according to reports, moving audiences to tears.

Not surprisingly, the story revolves around a doctor who is taking care of his Alzheimer’s stricken wife. Since one of the things that she can still enjoy is music, the doctor commissions a composer to write a waltz as an anniversary present for his wife. Much of the action focuses on the interaction between the spouses, which some audience members may find disturbing as the doctor resorts to some surprising and questionable tactics while dealing with his wife. His real motivation is eventually revealed and he’s later forced to face his own personal crisis.

San Antonio actor/director and multiple ATAC Globe Award winner Greg Hinojosa portrays the doctor, Whitney Marlett is his wife and Torence White appears in the role of the composer. Completing the cast is another ATAC Globe winner, Kathy Feinstein as a nurse. “All are extremely good,” said Taylor. “Whitney has done a fantastic job portraying the wife.”  In fact, one theatergoer who had brought along his Alzheimer’s-afflicted wife, told the playwright that “it was like you had installed a camera in my house.”

The British-born Taylor first visited San Antonio 16 years ago, when he worked with the then- Josephine Theater to produce his original musical about the Alamo. He returned in 2010 and has been involved with the local thespian scene ever since. The Overtime has staged three of his plays, with a fourth one, The Last Days of Oscar Wilde, scheduled for March of this year.

Following the Jan. 15 performance of Waltz, the cast and the local Alzheimer’s Association representative, neuroscientist Brett Bonney, took part in an informal discussion session with the audience, in an effort to raise awareness and provide information about resources to families coping with the devastating illness. Another talkback session is scheduled for this Sunday, Jan. 22. Performances will also take place Friday and Saturday.

Though these shows conclude the San Antonio run, The Last Waltz is likely to have a much longer life.
“I am in discussion with a New York theater about taking the play to New York with the current cast,” said the playwright. “At the same time, Brett Bonney of the Alzheimer’s Association is going to promote it as much as possible and hopes to see other regional productions.”

For tickets and times go to www.overtimetheater.org