“All Is Calm” Is A Christmas Story Like No Other 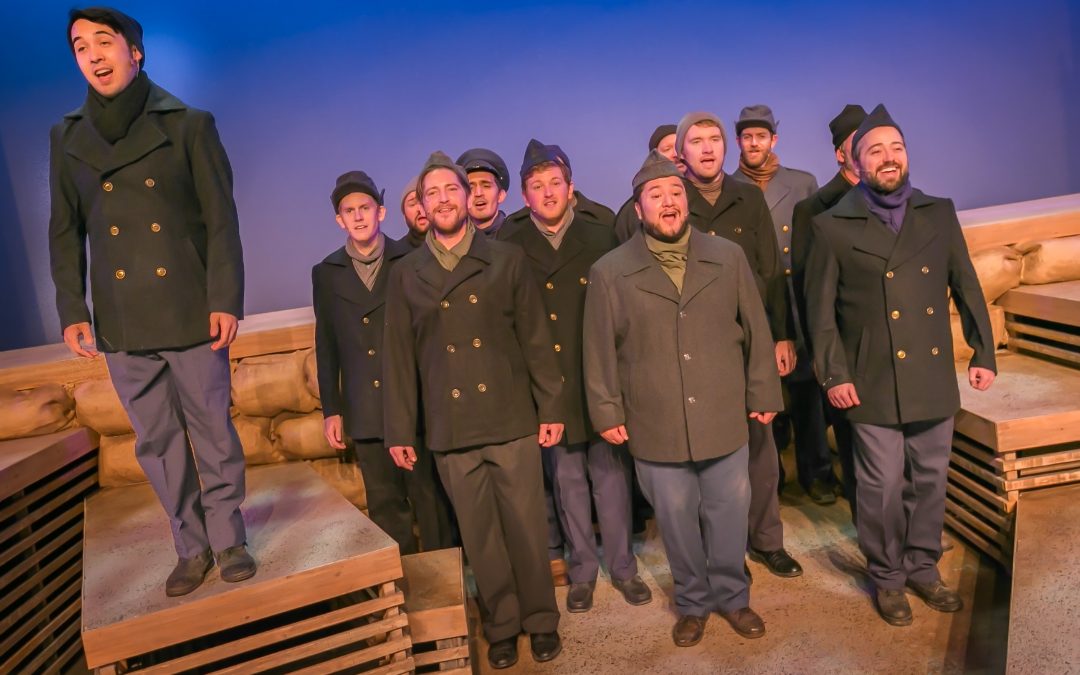 If somebody had written a fiction story about enemy armies putting down arms to celebrate Christmas together, most people would say, “Yeah, dream on. That just doesn’t happen.”

But it happened. In 1914, the then-pope had suggested to the commanders of the Allied and German forces to stop fighting for a day or two in honor of the holiday, but they ignored him. Then something happened that neither pope nor commanders could have foreseen. In the frozen landscape near the small Belgian town of Ypres, the Allied soldiers – French and British – put a small Christmas tree on their barricade and the Germans saw it from their own trenches across the so-called no-man’s land between them. Some lights came to life on the German side. Then they started singing “Stille Nacht” (“Silent Night”) and the Allied soldiers picked it up. It was Christmas, they were all far from home, miserable and cold, and they decided to give themselves a break. They all knew the song that bonded them together that night. Eventually, they came out of the trenches, shook hands, exchanged small gifts, buried their dead and even played a soccer match.

This incredible story has been told before but Minneapolis-based director Peter Rothstein turned it into the stage musical work, “All is Calm,” featuring Christmas carols, and patriotic and military songs, in three languages – English, German and French –  sung a cappella by an all-male cast. Thanks to Playhouse San Antonio, San Antonians got a chance to see it this holiday season, though not for very long.

It may not be the most creative production in a purely theatrical sense but it is nevertheless a powerful one. Combining excerpts from soldiers’ letters home, journal entries and snippets of speeches with the songs and carols, the show tells the story of these young men who leave home to fight for their country, full of optimism and even enthusiasm, only to face the grim reality of war – the fear, the homesickness, the cold and, of course, death.

Directed by George Green and Bill Gundry, the Playhouse cast includes five or six members of the vocal group The Marcsmen who add their strong voices to the musical numbers. You can’t help but be moved. As the show concluded the night I attended, the audience filed out of the theater in silence.

What I personally found especially touching, is the short bit at the end when we were told that the people of the town of Ypres still perform to this day a nightly ritual of remembrance, more than a century later. For some reason that moved me nearly to tears.