The Public Theater of San Antonio

The Playhouse was founded as the San Antonio Little Theater in 1912 as part of the growing Little Theatre movement sweeping the nation. Now housed in the first city-owned, city-built theater in the U.S, The Playhouse holds a place of pride in San Antonio history. In its time, The Playhouse has produced hundreds of plays and reached an audience of millions, including residents and visitors from all over the world. Each year, The Playhouse’s staff, with the help of nearly 500 volunteers, produces a series of plays in its two theaters.

The Russell Hill Rogers Theater is home to larger musicals while the Cellar Theater houses a variety of dramas, comedies, and experimental works. Both stages host original works by local playwrights as well as classic and recent Broadway hits. Each season, The Playhouse contracts hundreds of local artists, showcasing some of San Antonio’s greatest talents. 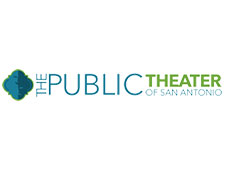