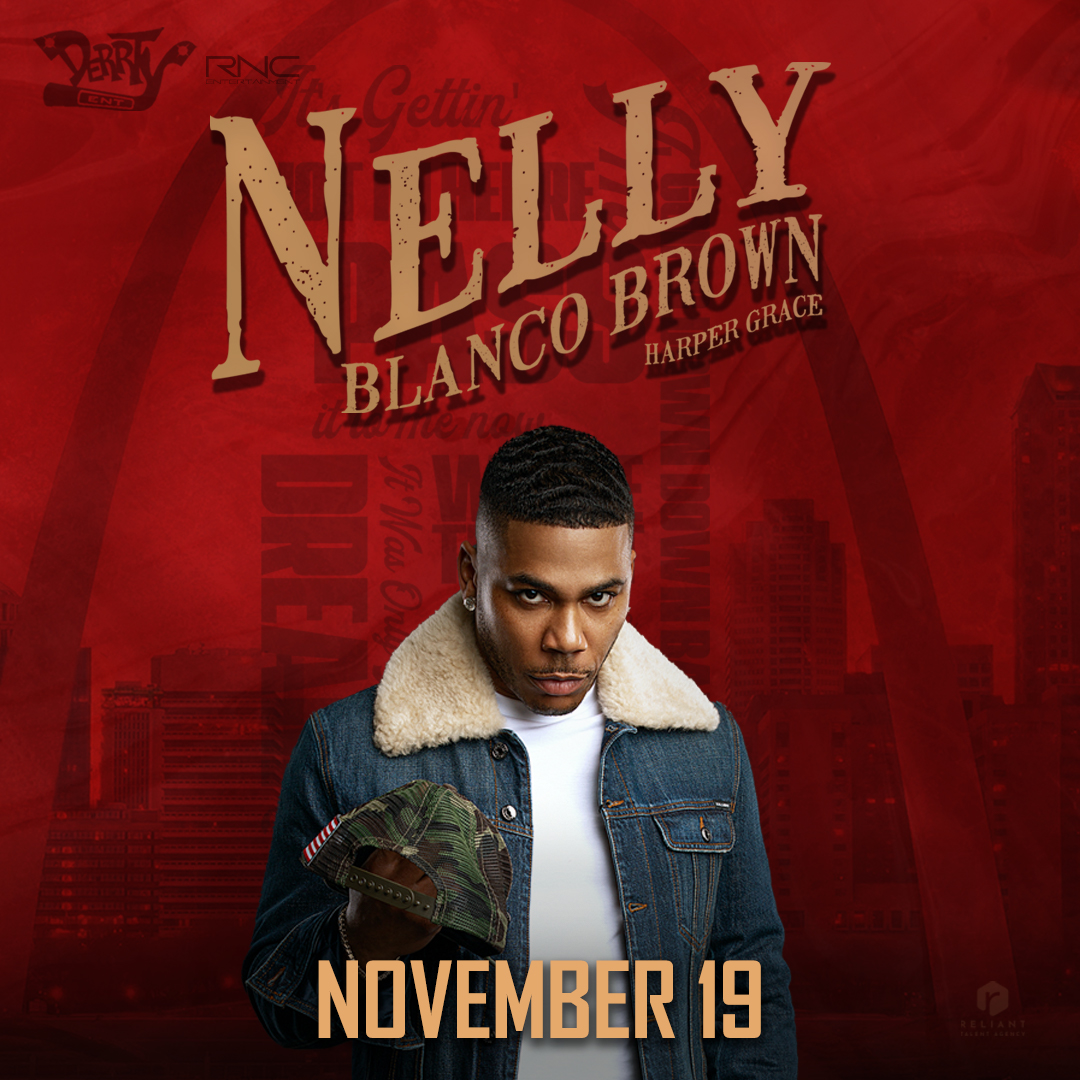 Nelly, the multi-platinum, three-time Grammy winning artist and four-time AMA award-winning entertainer is embarking on a first-of-its-kind experience this Fall showcasing the on-stage fusion of country, hip hop, rap, and R&B with a distinctly “rock n’ roll” presentation. Nelly will be traveling with a full live band as well as a multi-million-dollar production package along with some of country music’s biggest rising stars on three separate series featuring Blanco Brown on the first and Jimmie Allen on the third.

This unique production stems from the celebration of Nelly’s 20-year anniversary of the RIAA certified Diamond record “Country Grammar” earlier this year when fans were gifted with the digital release of a LIVE, full band production of the complete album, not to mention his continued commercial success in country music. Whether fans are attending to party with the classics or bask in his most recent hits like Cool Again with Kane Brown, Good Times Roll with Jimmie Allen and Lil Bit with Florida Georgia Line, Nelly is ready to shake up the live music scene with this show that is sure to have a little something for everybody.

Nelly will hit the road just in time to celebrate the release of “Heartland”, his country inspired EP that he likes to call a collection of “country club-bangers”. His lead single “Lil Bit” from the project continues to make major waves in the country space as it is his 3rd collaboration with the multi-platinum duo Florida Georgia Line. Nelly describes the EP as his “appreciation for country music.”… “It’s my thanks for country music, the whole world of country music, for allowing [me] to be a part of it.”] – Music Mayhem Magazine