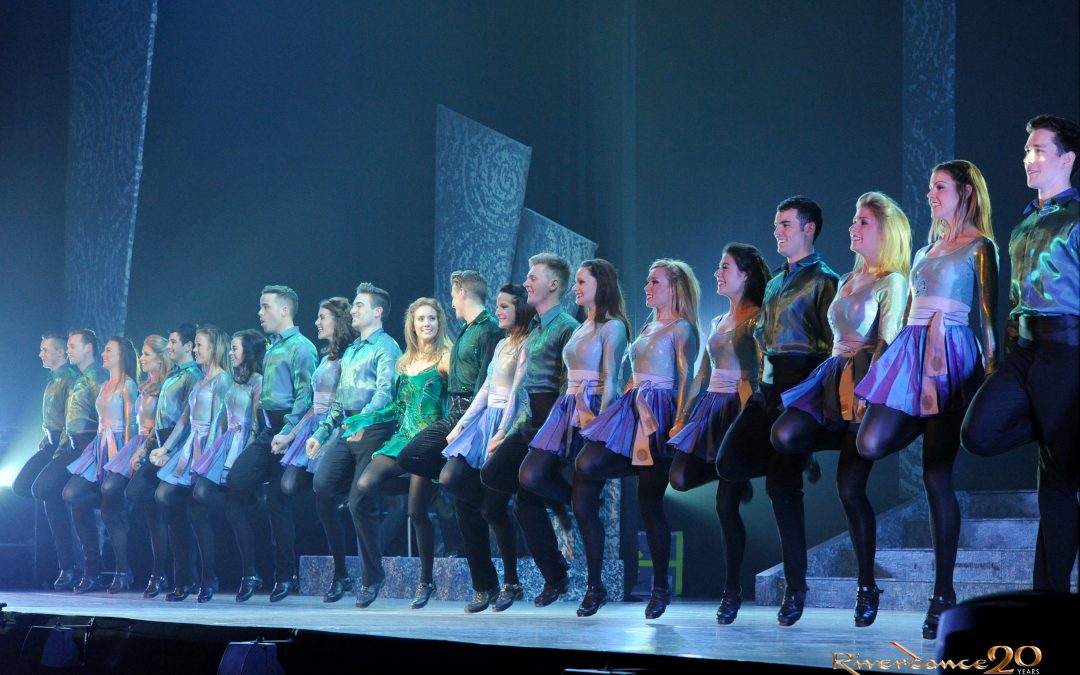 Riverdance, probably the most popular dance show in recent history, is coming back to the Majestic Theater this weekend for five performances. I can already predict, they will all sell out. The production has been refreshed and modified a bit for this, 20th anniversary tour, but the heart of it remains the same – the power of beautiful dance and music to represent the energy and momentum of a nation and create bonds with people of other nations around the world.

It all started modestly enough when producer Moya Doherty was asked to create an interval act for the 1994 Eurovision Song Contest held in Dublin that year. She chose to spotlight Irish dance but, with the help of her collaborators, turned the traditional dance into an elegant, dynamic stage spectacle of flying percussive feet that took the audience – and eventually the world – by storm. That 7-minute number was expanded into a full-fledged theatrical show a year later and the rest, as they say, is history. Riverdance has been seen by more than 25 million people in 46 countries across six continents, and by a television audience of three billion people.

“Riverdance spotlights Irish dance and looks at how Irish emigration spread the Irish culture in the world, to America, the U.K., Canada, Australia. The emigrants brought their music with them,” said the show’s senior executive producer Julian Erskine. “We have done the same with Riverdance. People love it in China, Japan, Mexico. People are learning Irish dance in these places now, opening schools of Irish dance.”

He further explained that Riverdance also re-introduced Irish tradition to the Irish themselves. The long British colonization had subdued and almost destroyed the native culture, he said. Twenty years ago, Ireland had no professional folk dance ensemble performing and cultivating its folk dances, like so many countries have. “Riverdance made people proud again. It was more than a show. It was a real awakening of our culture,” he said.

Irish as it may be, the show has always featured a few other dance genres, too, and that continues with the 20th anniversary tour. There will be flamenco numbers and a Russian folk group called the Moscow Folk Ballet Company. The production consists of 14 scenes (segments), plus a grand finale, some choreographed by Jean Butler and Michael Flatley, the two original lead dancers. One of those is The Countess Cathleen, choreographed by Butler, and described thus: “Sensual, nurturing, independent and fierce, the power of women as they celebrate themselves, as they challenge men in a dance of empowerment.”  Flatley, who left the show soon after it premiered to seek glory on his own, is the choreographer of Thunderstorm, a scene depicting the power of nature. Butler, Flatley and Colin Dunne are collectively credited as creators of Home and the Heartland,that embodies the experience of “the child of the emigrant.”

A new number, Anna Livia, choreographed by John Carey, is inspired by the journey of the river Liffey (Irish: An Life) that flows through Dublin and features the female Irish dancers dancing a capella (without instrumental accompaniment.). All music is by original composer Bill Whelan. Costumes, lighting and the background projections are all new.