If you like choral music, the San Antonio Chamber Choir has something special in store for you.  The only professional choral ensemble in the city, the Choir is promising to treat you to a concert that will definitely put you in the Christmas mood with one celebratory number after another. 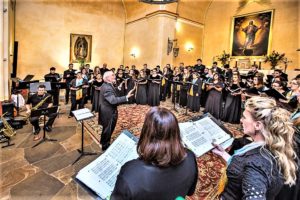 Named ”I Can Tell the World, Let Our Love Be Heard,”  the concert will include the  premiere of a new work by American composer Stacey V. Gibbs, titled “He is Born” and described as “a spiritual medley.”  The program also features “Christmas Joy” by Stephen Chatman, Daniel Pinkham’s “Christmas Cantata,” and a number called: “Joy,” which is a creative arrangement interweaving Beethoven’s “Ode to Joy” with Hander’s “Joy to the World.” The concert is scheduled for Dec. 20 at 7:30 p.m. at the Tobin Center for the Performing Arts.

Other musical groups joining the Chamber Choir are young singers from the University United Methodist Church, and the ensemble Cantare, which consist of 65 students from Johnson High School who will be accompanied by their own chamber orchestra.

Founded in 2005 by Scott MacPherson, the San Antonio Chamber Choir has performed more than 450 works over the years and has a repertoire that covers the huge period from the 13th to the 21st century. It also recorded three CDs, including the latest “A Baltic Christmas” released last year.  Under its current artistic director, Rick Bjella, the choir frequently collaborates with other arts organizations, which, in addition to the ones already mentioned, include Musical Bridges Around the World, the Children’s Chorus of San Antonio, the Guadalupe Cultural Arts Center and the San Antonio Chamber Orchestra.

For tickets go to  htttps://tobi.tobincener.org/chamberchoir 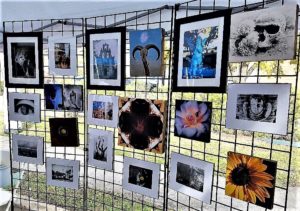 Those who are still looking to buy a Christmas present or two should visit the Hecho A Mano Art Market at the Guadalupe Cultural Arts Center this Saturday, Dec. 22. The vendors will be there from noon to 6 p.m., and these vendors are all artists and artisans offering original and hand-made items that make for unique gifts. This year, the popular market is expanding outdoors into the Guadalupe Plaza and everyone is invited.  The open-air setting should make it easier for people to gather and “fill the plaza with friendship and Joy.” It is also hoped that it will encourage “creative entrepreneurs and artisans to continue building their cultural businesses.”